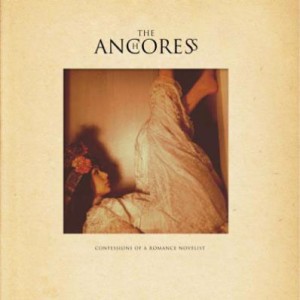 Garnering comparisons to John Grant and Lana Del Rey, The Anchoress's concept driven compositions have been the talk of the music press in 2016. PROG magazine - who've nominated her for best-newcomer at their awards - went as far as proclaiming her debut album as "...Kate Bush's 'Hounds Of Love' updated for the 21st century."

Multi-instrumentalist, songwriter, PhD & producer Catherine Anne Davies (who also plays in the live line-up of Simple Minds) sums up her album's overall concept as, "Partly a concept album narrated by the titular potboiler author, partly a series of imaginary character pieces, and partly a deeply personal outpouring from someone who's been through a fair amount of personal hell."

Whichever way you choose to describe The Anchoress' compelling debut 'Confessions Of A Romance Novelist '(co-produced by Mansun's frontman Paul Draper) one thing's for certain, this is something truly different.

The AnchoressThe Art Of Losing