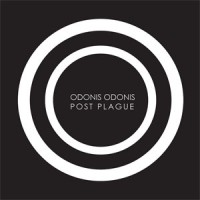 On Post Plague, Odonis Odonis delivers the kind of hypnotic, pulsing destruction that you can't wipe away. Post Plague inhabits that impending reality of synthetic experience which forces us to realize what we are: vulnerable, frantic creatures yearning for an authentic present / future. Jeff Goldblum, in the acclaimed motion picture The Fly, reminds us that we must take a “deep penetrating dive into the plasma pool,” and take stock of ourselves before we lose something profound. Something that may be necessary to ward off a pending anthropogenic apocalypse. Recognize and take pleasure in our fucked up place in time as we have so many new worlds possible at once.

Fat White FamilySongs For Our Mothers