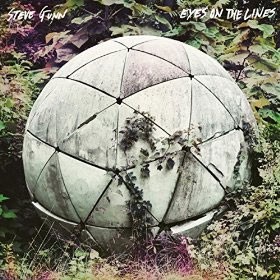 “How does a questing psychedelic guitarist transform themselves into classic singer-songwriter? By compromising, in many cases. Brooklyn’s Steve Gunn, however, is managing the transition with uncanny elegance.” - Uncut

Steve Gunn’s music has always embraced expanse and movement, springing from the simple and profound relationship between humans and their environment. ‘Eyes On The Lines’, his Matador debut and follow-up to the pastoral and highly acclaimed ‘Way Out Weather’, is Gunn’s most explicit ode to the blissful uncertainty of adventure yet.

Gunn’s songwriting on ‘Eyes On The Lines’ tells vibrant and evocative tales through a series of both imagined and real life characters and moments but throughout he is more narrator than diarist.

Andy says: Beautiful rocking, interwoven guitar melodies make this Gunn's most direct record yet, even sounding like the more melodic side of Sonic Youth's Lee Ranaldo on a few numbers.

Barry says: Melodic country-tinged folk might not necessarily be something you would associate with former psych-rock great Steve Gunn, but that is exactly he has managed to write, and with great effect. This is absorbing and interesting, full of catchy melodies and imbued with a plethora of influence, from both sides of the pond. Intricate and comforting. Brilliant.