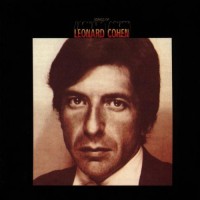 1967's "Songs of Leonard Cohen" is one of the decade's most audacious debut albums, with producer John Simon's artful arrangements animating such haunting Cohen standards as "Suzanne", "Sisters Of Mercy" and "So Long, Marianne".

Darryl says: The word classic springs to mind!!! A haunting masterpiece - "Suzanne", "Sisters Of Mercy", "So Long, Marianne" what more needs to be said - shut the door to the rain, get your PJ's on and croon along..

1 Suzanne
2 Master Song
3 Winter Lady
4 The Stranger Song
5 Sisters Of Mercy
6 So Long, Marianne
7 Hey, That's No Way To Say Goodbye
8 Stories Of The Street
9 Teachers
10 One Of Us Cannot Be Wrong