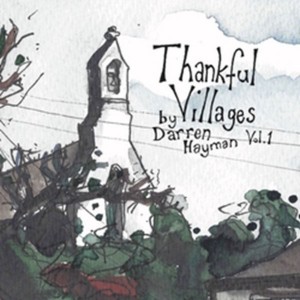 A thankful village is a village in Britain where every soldier returned alive from World War I. Darren Hayman visited each of the 54 thankful villages and, focussing on village life, made a piece of music and a short film for each one. Some take the form of instrumentals inspired by the location, some are interviews with village residents set to music and others are new songs with lyrics or found local traditional songs.

‘Thankful Villages Vol. 1’ is the first (of three) volumes of the project and contains the first 18 villages that Darren visited during 2014/15. The pieces do not necessarily refer to the Great War, rather they portray the village and its communities at many points in history.