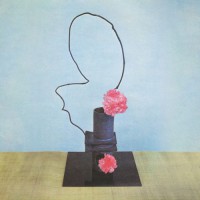 New to 4AD, Australian trio Methyl Ethel’s celebrated debut album is being given a worldwide release. Hailing from the remote fringes of Perth in Western Australia, band linchpin Jake Webb - like 4AD peers Grimes and Bradford Cox before him - wrote, played and recorded everything on ‘Oh Inhuman Spectacle’.

Having gained notable success in Australia including being nominated for the prestigious Australian Music Prize and taking Laneway Festival by storm, Methyl Ethel are now poised to take their music overseas with the worldwide release of ‘Oh Inhuman Spectacle’ and a huge run of touring in both Europe and North America to coincide.

Barry says: Like a modern, indiefied iteration of Syd Barrett with the melodic intonations of the ghosts of post-punk. Woozy rhythms and fuzzed-out basses, twirling arpeggios meet chugging guitars and soaring strained vocal melodies. Definitely one to keep an eye on.