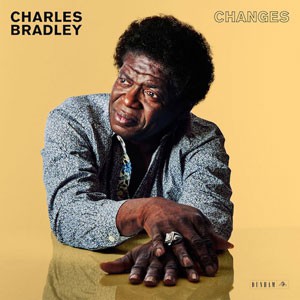 Soul singer Charles Bradley’s star has been on the rise since the release of his widely praised 2011 debut album 'No Time For Dreaming', and his ascent has continued long after the release of his triumphant second album, 2013’s 'Victim of Love'. Dubbed “The Screaming Eagle of Soul,” the singer will release his third album 'Changes' on April 1, 2016 on Daptone Records imprint Dunham Records.

The album is named for his popular cover of the Black Sabbath track, previously only available as a Record Store Day 45. “I think about the lyrics very closely when I sing ‘Changes’ and get emotional,” says Bradley. “It makes me think of my mother and the changes in my life since she passed away.”

Millie says: ‘Changes’ is a beautiful and soulful album that is brimming with passion, creating a swaying jazz sensation. Outstanding style and compelling warmth, definitely a must hear!