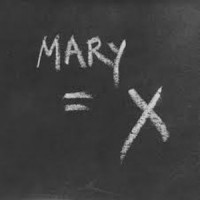 Birmingham’s iconic audio scientists, Modified Toy Orchestra, are back. This time as mto and with a new single on their old label.

Hand cut in an edition of 100 copies by PhilM at 3345 this return sees the band in a casio only landscape watching the mathematician Richard Feynman sit alone at the top of a light house on mars contemplating calculus and aspects of his life.

‘Mary = X’
A haunting lament of what might have been from the perspective of Richard Feynman's ex-wife Mary, her plaintive voice keening for her husband’s attention, a hopeless attempt against the infinite mysteries of calculus.
"He begins working calculus problems in his head as soon as he awakens. He did calculus while driving in his car, while sitting in the living room, and while lying in bed at night." —Mary Louise Bell divorce complaint.

‘The breath they've been holding.’
The Title is taken from a news broadcast observing the faces of the doomed astronaut’s families during the space Shuttle Challenger disaster in 1986.

Since touring the world performing their 2nd album Plastic Planet, which culminated in sell out shows at the Hong Kong Civic Hall, mto have been commissioned to perform Stockhausen and to collaborate with composer/conductor Richard Baker on "Game" by Faster than sound performed at Aldeburgh Britain's oldest classical music festival.

The 2 tracks are part of digital EP called "Feynman on Mars" which shows a darker, colder distant side of mto an aspect of the band which will be further explored as they blast off in to the outer reaches of the cosmos on what will be there 3rd album "Silfurburg".