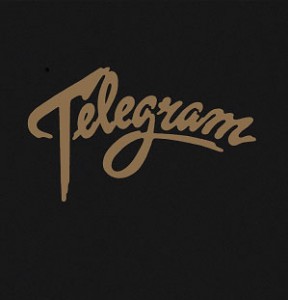 A stunning set of songs, the album will more than confirm TELEGRAM’s early promise as one of the most exciting bands around right now. Formed just over two years ago, the TELEGRAM line up of Matt Saunders (vocals/ guitar), Oli Paget-Moon (bass) and Jordan Cook (drums) have recently recruited new guitarist Pip Stakem to the fold. Effortlessly combining a love of Roxy Music, Syd Barrett, krautrock and late proto-punk to great effect, they’ve built up an ever growing fanbase of critics and public alike with extensive touring and a clutch of fantastic and much sought after seven inch singles, ‘Follow’, Regatta’, ‘Inside Outside; and most recently ‘Aeons’.