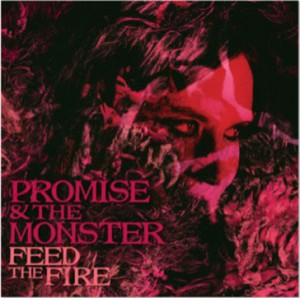 Billie Lindahl, the woman behind the name Promise & The Monster, brings a vivid landscape to life on ‘Feed The Fire’, her first album for Bella Union.

‘Feed The Fire’ was recorded in Stockholm, where Lindahl lives, at Labyrint, a small basement studio run by her friend Love Martinsen who produced the ‘Feed The Fire’ album and shares most of the instrumentation with Lindahl. “We aimed at combining the elegance of old Sixties recordings with something darker and more mechanical,” she recalls. “Like you would play a Lee Hazlewood song on top of Nico’s late Eighties records.”

Duality sits at the core of ‘Feed The Fire’, likewise the name Promise & The Monster. “To feed the fire can be seen as both constructive and destructive,” Lindahl concludes. “You keep the fire burning, the spark alive. But fire can kill you. To see, listen and feel is quite a violent and confusing experience, and I think my lyrics often evolve around that, blurring boundaries between dream and reality, and between sanity and insanity.”