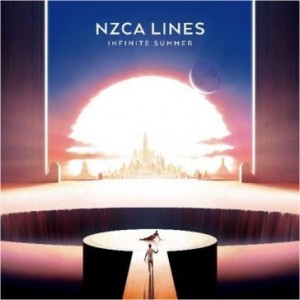 The follow up to 2012’s well-received self-titled album, ‘Infinite Summer’ sees main man Michael Lovett joined by Charlotte Hatherley (Bat For Lashes, Ash) and Sarah Jones (Hot Chip), to create a record that marries sci-fi futurism to personal intimacies. Since NZCA Lines’ debut, Lovett has honed his skills in the studio with Christine & The Queens and touring as part of Metronomy’s live band.

The record unfurls through brooding, sensual beats, dazzling synths and melancholic vocals that take you on a different journey on every track. Whilst ‘Infinite Summer’ and ‘Do It Better’ focus on the idea of an enlarged sun that would bring us joy and terror, there are glimmers of Michael’s personal life running throughout such as standout single ‘Two Hearts’ dealing as it does with long distance connections maintained via satellites and fibre optic cables.

Infinite Summer’s hyper melodicism sees NZCA Lines explore stellar new territories that position them as one of 2016 most enticing and rewarding prospects.