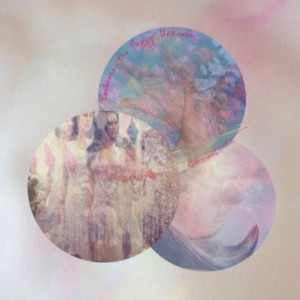 Three years have passed since Correatown released the critically acclaimed dream-pop album ‘Pleiades’. Highline are proud to announce the release of her follow up, ‘Embrace The Fuzzy Unknown’.

Having built a fanbase with her debut album ‘Spark. Burn. Fade’, Correatown’s listeners continued to grow through her work in TV and film music and her collaboration with Tom Brosseau as Les Shelleys. ‘Pleiades’ saw Correatown expanding both her global audience and her sonic horizons.

Correatown’s new album reflects and revels in change and evolution. Songs wonder about purpose, wonder about the future and wonder if this is all that there is. Without answers to these questions, the music implores us to ‘Embrace The Fuzzy Unknown’.

The album was produced by Angela Correa and Dan Long (Yeah Yeah Yeahs, Son Volt, TV On The Radio).

Correatown’s music has appeared on ‘Grey’s Anatomy’, ‘Ugly Betty’, ‘How I Met Your Mother’ and ‘Private Practice’ and films ‘The Lucky One’ and ‘Admission’.