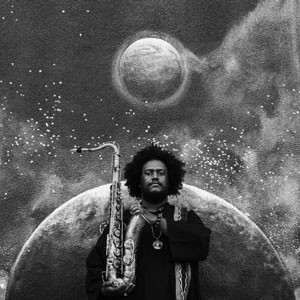 The story begins with a man on high. He is an old man, a warrior, and the guardian to the gates of a city. Two miles below his mountainous perch, he observes a dojo, where a group of young men train night and day. Eventually, the old man expects a challenger to emerge. He hopes for the day of his destruction, for this is the cycle of life.

Finally the doors fly open and three young men burst forth to challenge the old master. The first man is quick, but not strong enough. The second is quick, and strong, but not wise enough. The third stands tall, and overtakes the master. The Changing of the Guard has at long last been achieved.

But then the old man wakes up. He looks down at the dojo and realizes he’s been daydreaming. The dojo below exists, but everyone in training is yet a child. By the time they grow old enough to challenge the old man, he has disappeared.

This is, in essence, both a true story and a carefully constructed musical daydream, one that will further unfold in a brazen release from young Los Angeles jazz giant, composer, and bandleader Kamasi Washington. 'The Epic' is unlike anything jazz has seen, and not just because it emanates from the boundary-defying Brainfeeder, which isn’t so much a label in the traditional sense as it is an unfurling experiment conducted by the underground producer Flying Lotus who has featured Washington on his albums 'Cosmogramma' and 'You’re Dead!'.

'The Epic' is a 172-minute, three-volume set that includes a 32-piece orchestra, a 20-person choir, and 17 songs overlaid with a compositional score written by Washington. Pulsing underneath is an otherworldly 10-piece band, each member of which is individually regarded as among the best young musicians on the planet - including bassist Thundercat and his brother, drummer Ronald Bruner Jr., bassist (yes, there are two) Miles Mosley, drummer Tony Austin (of course there are two), keyboard player Brandon Coleman, pianist Cameron Graves, and trombonist Ryan Porter. Patrice Quinn’s ethereal vocals round out the ensemble.

The band are all from Los Angeles, mostly South Central, and its members - who call themselves variously “The Next Step” and the “The West Coast Get Down” - have been congregating since they were barely teenagers in a backyard shack in Inglewood. Washington, 32, has known Bruner since he was two. The rest met, at various stages, by the time they were in high school. The hours they have put into the music, playing together and practicing alone, total cumulatively in the tens of thousands.

“Nothing compares to these guys,” says Barbara Sealy, the former West Coast director of the Thelonious Monk Institute of Jazz, who has championed Kamasi and his compatriots from the beginning. “I challenge any group to go out on stage with them and see if they can keep up with it… Kamasi is at the top of his game, and only getting better.” “These young guys,” the rapper Common says, “remind me of why I love music.”

And the story 'The Epic' tells, without words but rather through some combination of magic, mastery, and sheer force of imagination, is the story of Kamasi Washington and the Next Step and their collective mission: to remove jazz from the shelf of relics and make it new, unexpected, and dangerous again. They seek to both honour and alter tradition: as 'The Epic'’s opening track announces, they are the “Changing of the Guard”. The sound can be felt like flames, sometimes waving in the coziness of a fireplace, in other moments sweeping everything around like a backdraft. But Kamasi is always in control of the burning.

CD1 ‘Vol.1: The Plan’
Change Of The Guard
Askim
Isabelle
Final Thought
The Next Step
The Rhythm
Changes