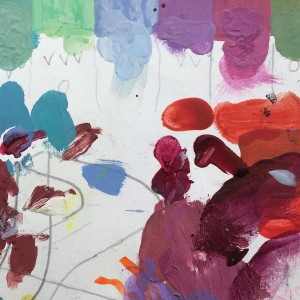 Reunion show soundchecks revealed that this band has a voice that was prematurely muted by their inability to see clearly in the thick of their rise.

More than two decades later, The Van Pelt has returned to explore what was left behind with a new collection of songs, 'Artisans & Merchants.' This is not a reunion album. This is vindication. For lovers of The Van Pelt, listening to 'Artisans & Merchants' is like hearing the voice of a dear friend you haven't seen in years -- a friend you used to share countless beers with over banter that went nowhere other than delivering a solid night. Your friend is older, they've changed. In some ways you're worried for them, looks like they might be teetering on the brink of something. In other ways, it's the same old them, a nugget of a soul too unique to ever be altered. It's for those unfamiliar with The Van Pelt though for whom we should be truly jealous. This is a stand-alone album, incredible vital songwriting in and of itself regardless of the long history this band has. The climax of the single "Image of Health" perhaps describes the beautiful desperation best: "And you never felt more alive / Than when the priest came to read you your rites!"