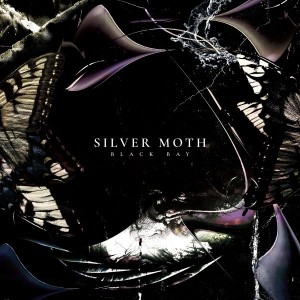 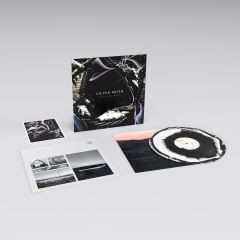 A leap of faith reaps extraordinary rewards on ‘Black Bay’, an album of depth, atmosphere and daring from the collective known as Silver Moth. Recorded under unusual circumstances, ‘Black Bay’ is the sound of seven storied musicians yielding to shared goals, a policy of trust in action. Between hushed incantations and molten guitars, 15-minute noise-rock epics and healing psalms, the record is a testament to connectivity and receptivity: to a union of disparate minds committing to something greater than the sum of its parts.

Stuart Braithwaite of Mogwai, Elisabeth Elektra, Evi Vine, Steven Hill, members of Abrasive Trees, Burning House and Prosthetic Head convened to improvise the album in early 2021, inspired by a Twitter exchange between Abrasive Trees guitarist/songwriter Matthew Rochford, musician Elisabeth Elektra and fellow artist Nick Hudson about the Isle of Lewis. A couple of Zoom meetings would subsequently lead to Rochford, Elektra, Vine, Braithwaite, Hill, drummer Ash Babb and cellist Ben Roberts visiting the dramatic location of Great Bernera’s Black Bay Studios on the Isle of Lewis in the Outer Hebrides, where they tracked the songs in just four days: a testament to the musicians’ focused openness to their shared mission and environment.

This is an album of elemental force and evocative poise, its controlled power focused around the ego-free chemistry between the players. By abandoning all certainties, Silver Moth have found something truly special on ‘Black Bay’.