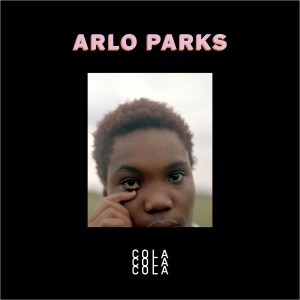 Mercury Prize and Brit Award winner Arlo Parks first came to the attention of music press with her debut single ‘Cola’. It’s a breath-taking, tender, poetic and confessional introduction to an artist just eighteen at the time of its release.

The then London based singer demonstrated soul beyond her years and with 'Cola' the submissive tones of her powerful voice are laid atop slow guitar melodies that beckon you to stop what you're doing and just listen. The track is written about bad love - in Arlo’s words, "Cola is a reminder that betrayal is inevitable when it comes to pretty people that think flowers fix everything".

‘George’, an ode to poet Byron was released in 2019 just weeks before signing to Transgressive Records and set Arlo on the path to being one of the most critically acclaimed artists of the year.

Millie says: New material from this shining star we backed from the very beginning. I'm so excited to hear what she's got in store for us next.