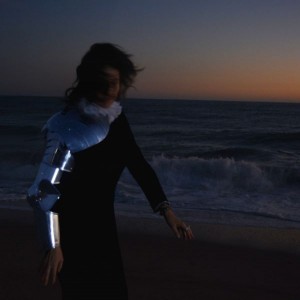 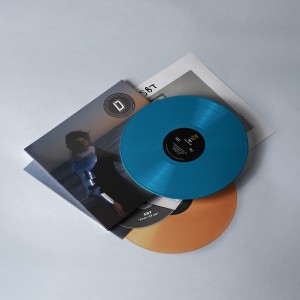 Sarabeth Tucek emerges from a decade-long hibernation with a new double-album ‘Joan of All’ under the new moniker SBT – a longtime nickname given to her by the many musicians she has worked with throughout her career.

After retreating from the fevered pace of the record business to concentrate on other creative endeavors, Sarabeth began to piece together the music that would eventually become her most ambitious, personal project yet – the sprawling double-album Joan Of All, which will be released world-wide on 19th May 2023 via her own freshly-minted imprint Ocean Omen.

Sarabeth Tucek officially broke onto the music scene 2003 performing a series of spellbinding duets with Bill Callahan on the acclaimed Smog album Supper. This was swiftly followed by a memorable appearance in the prize-winning Brian Jonestown Massacre documentary DiG! Sarabeth also contributed material to their 2005 EP release, We Are the Radio. One of Sarabeth's compositions covered by the band on that EP, "Seer," would later be retitled and released in 2006 as Tucek's debut single, "Something for You”, which became Steve Lamacq’s Single Of The Week on BBC Radio 6 Music.

Her self-titled debut album produced by Luther Russell and Ethan Johns hit stores the following year and garnered rave reviews in the press, leading her to supporting Bob Dylan and unfaltering support at the BBC.

In 2011, Sarabeth followed up her extraordinary debut with a raw, uncompromising album entitled Get Well Soon, praised as an unflinching meditation on the subject of grief. This release made many year-end lists and the title track was featured on the first season of HBO’s Girls. The new album features lead-off single “The Gift”, as featured heavily on Marc Riley’s BBC 6 Music show, which is taken from the double A-side 7”, “The Gift / 13th St. #2”. Also featured on the album is an entirely different, heavier version of the flip side, entitled “13th St. #1”.

Sarabeth will support the epic Joan Of All with a 18-date tour of the UK May/June 2023, including a BBC 6 Music live session for Marc Riley.

Side D
The Tunnel
Unmade/The Dog
Creature Of The Night