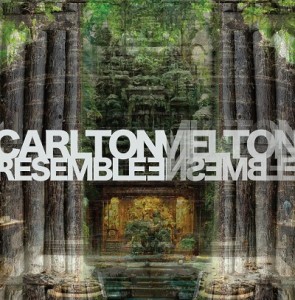 Carlton Melton, from Northern California, are now a practising fourpiece in the arts of melted-minds psychedelia. With the added kraut-oomph and sike-flutter of fellow Californian Anthony Taibi (whom you may know as being a member of White Manna, and also DDT with Andy) Rich Millman, Andy Duvall, and Clint Golden have now embellished the Carlton Melton sound. Pushing forward as a fourpiece, the band recorded Resemble Ensemble in July 2021 (just before Andy moved back over East!) at Anthony’s home studio, 3D Light in Freshwater, CA. Anthony did all the recording and mixing. The Melton Magick Karpet settled, and our favourite contemporary sikedelic warlods plugged in, amped up and let it flow.. and flow it does. .from the krautrock fuelled pszych-raga of Prescribed Skies, the fluid dronescape of Elsewhere that welcomes you into its arms with a warming tone, almost a missing Spacemen 3 demo at the feast here… So The Story Grows has the drone scraping through a murk of dazzling feedback and pummel, with the fuller sounding Melton giving the genre a proper wobble, hold on to your brains people… High Alert.. whas this? Synth and guitar interplay jambusting, this is the Melton wigging out and almost interweaving 70s high table rock with some odd and downright perverse synthfunkpunk rhythms.. get weird.. or get wired..or both.. easily done here.. Closing out the album with Route Thirteen is the road trip home.. they’ve been, they’ve massaged and mangled your synapses, plug in the satnav and take the higher-route home.. if you get our drift.. Carlton Melton, starting 2023 in a better place than most, soaring high on their synaptic-dazzling magick karpet…

Martin says: San Franciscan trio Carlton Melton have always, and will always be mind melters. Their unique brand of floating psychedelia has both moments of tension and grit as well as soaring, lysergic looseness. Soaring, beautifully rendered and perfectly measured as ever. Classic CM.