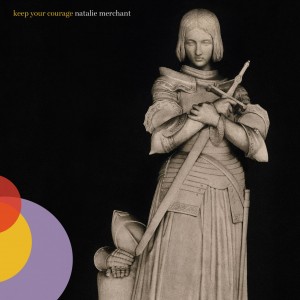 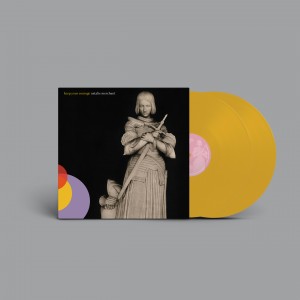 Merchant writes in her album’s liner notes, “The songs contained within this album were written and recorded during the global pandemic that began in the winter of 2019 and is in its fifth wave as I write, in the autumn of 2022. It has been, and continues to be, a period of great flux and fear on every level: global, national, communal, familial, personal. But this is not an album about the coronavirus or the chaos it caused. For the most part, this is an album about the human heart.” She continues, “The word ‘courage’ has its root in the Latin word for heart, cor, and we see it over and over in many languages: le coeur, il cuore, o coração, el corazón. This is a song cycle that maps the journey of a courageous heart.”

Over her forty-year career Natalie Merchant has attained a place among America’s most respected recording artists. She has earned a reputation for being a songwriter of quality and a captivating stage performer and has distinguished herself as a social justice and environmental activist. Merchant began her musical career as the lead vocalist and lyricist of the pop music band 10,000 Maniacs and released one platinum, two double-platinum, and one triple-platinum records with the group: The Wishing Chair (1985), In My Tribe (1987), Blind Man's Zoo (1989), Hope Chest (1990), Our Time in Eden (1992), and 10,000 Maniacs MTV Unplugged (1993). Merchant left the group in 1994 and has subsequently released nine albums as a solo artist with combined sales of seven million copies: Tigerlily (1995), Ophelia (1998), Natalie Merchant Live (1999), Motherland (2001), The House Carpenter’s Daughter (2003), Leave Your Sleep (2010), Natalie Merchant (2014), Paradise Is There (2015), and Butterfly (2017).

Natalie MerchantParadise Is There - The New Tigerlily Recordings