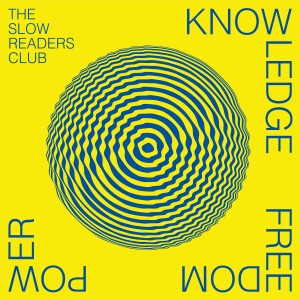 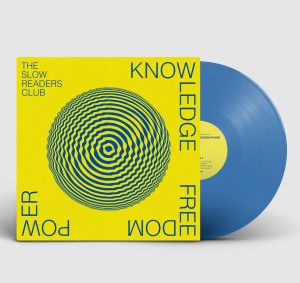 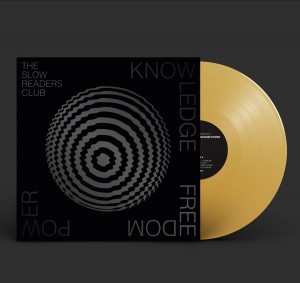 The critically acclaimed The Slow Readers Club will follow their 2020 Top 10 album ‘The Joy of the Return’ with the release of their new record ‘Knowledge Freedom Power’ on February 24th, 2023. The Manchester band launch the album by sharing its lead single and title track. Nothing – not despots, pandemics, self-destruction or the rise of the machines–can keep a good band down. So, When The Slow Readers Club hit the studio in early 2022 with producer Joe Cross (Hurts/Courteeners), they battled dark times with a refreshing optimism. The result is ‘Knowledge Freedom Power’ , a sizzling synth-rock beast of a record akin to White Lies, Muse and modern-day Bloc Party, and a rallying cry of emancipation, both stylistically and socially. It’s a righteous punch of the air, a surge towards the future.Frontman Aaron Starkie says, “The world had got so bleak it felt a little indulgent to paint apocalyptic pictures when they were out in the real world. I thought people would probably want to hear more uplifting things, it was my intention to be a bit more positive. There’s still a lot of melodrama in there and it’s still dystopian in places but there’s more positive shades in this record.”

That positivity powers to the fore with the album’s lead single and title track, an instantly addictive hybrid of the band’s new pulsating synth style with their anthemic alt - rock roots. Its streamlined, straight – to – the - point hook highlights the fact that there can be an alternative to a world which is becoming increasingly authoritarian and ignoring the needs of the many in favour of the few. Aaron adds, “Growing up as a council estate kid in Manchester I was very conscious of having a limited horizon and I guess I had a chip on my shoulder and something to prove. It’s that background that inspired both our band name and the album’s title track ‘Knowledge Freedom Power’. It is an exercise in positive sloganeering, a mantra for education as a means of a way out from social and psychological confinement.” As much as the record finds The Slow Readers Club channelling a brighter spirit, there’s no dumbing down of their famously ferocious and insightful lyricism. A beam of hope shines throughout ‘Sacred Song’ : part in the form of a spiritual saviour, but also embracing the power of love as a force for good, something which can also be achieved by the friendship and community spirit infused in ‘Lay Your Troubles On Me’ . Yet a darkness still looms large, whether its within the warmongering satire - and ultimately individual powerlessness – of ‘Seconds Out’ or the steady march of automation over the human workforce on opener ‘Modernise’ ‘Knowledge Freedom Power’ is the band’s sixth album and the latest giant leap in one of the greatest self-made success stories in recent British rock history. Since debuting in 2011 with their eponymous and self - released debut album, they’ve constantly grown in stature leading to sold - out headline gigs including the Manchester Apollo and London’s Scala , shows as guests to Pixies ,Catfish and The Bottlemen and James , as well as festivals stretching from the Neighbourhood Weekender to Mad Cool Madrid.

When lockdown kicked in the same week that ‘The Joy Of The Return’ debuted at #9, The Slow Readers Club reacted to the cancellation of their touring plans by creating a darker, more ethereal set of songs, which they recorded via Whats App and Google Drive and by recording one band member at a time in the studio. The result was ‘91 Days in Isolation’ , which they self-released in October 2020 Knowledge Freedom Power’

The Slow Readers ClubLive At The Apollo