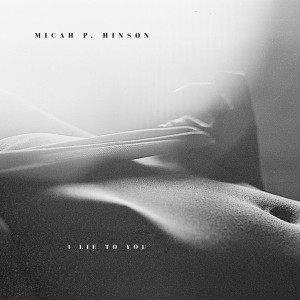 Born into a strict fundamentalist Christian household in sinful Memphis and growing up in evangelist Abilene in Texas, Micah P Hinson has experimented with music and narcotics, suffered the seduction and the abandon of a femme fatale, served a brief stint in the local jail, known failure, bankruptcy, drug addiction and rehab - all before the age of 20

His debut was recorded in the winter of 2003 with assistance from Texas chamber pop collective The Earlies, followed by three albums of original material and one all-covers album. In 2011, a near-fatal car crash paralyzed his arms for months. He spent his recovery time listening to some demos he'd made before the crash. The material eventually culminated in the darkest and most intensely personal collection of songs from him thus far and garnered widespread critical acclaim. (Micah P. Hinson & The Nothing).

Since then, each record is a final confrontation with himself, each song shakes with danger. I Lie To You, the new Micah P. Hinson album, comes from five days and five nights of recording in Irpinia, South Italy, with production by Alessandro Asso Stefana (PJ Harvey, Mike Patton, Vinicio Capossela). Accompanying Micah and Asso are Raffaele Tiseo's celestial strings, Zeno De Rossi metaphysic drumming and the double bass gentleman Greg Cohen. On this new album he sings, with his weathered, husky, prophet-like voice, eleven tales of love, loss and regret, which once again reveal his heart as an artist laid bare.

Ignore The Days
Carelessly
People
Find Your Way Out
Please Daddy, Don't Get Drunk This Christmas
What Does It Matter Now ?
Walking On Eggshells
The Days Of My Youth
Wasted Days And Wasted Nights
500 Miles