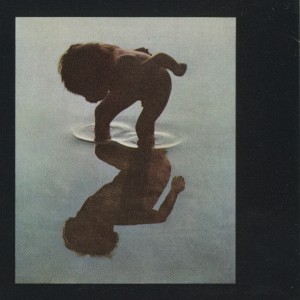 One could be forgiven for getting that familiar feeling when listening to the music of Ghost Woman. And that's not just because songwriter & multi-instrumentalist Evan Uschenko is deeply steeped in classic guitar-led rock & pop songwriting (more on that later), it's that the music was, by design, intended to be evocative. But not evocative, however, of any one thing; what separates the music of Ghost Woman from a great many other bands working today is his openness to non-specificity. He's not trying to impart any sort of message to the listener; instead, the hope is that one will find themselves luxuriating in nuances of how the music is delivered, and the feelings it stirs up for each individual.

For the past couple of years Ghost Woman has been Evan Uschenko's outlet for his interest in songwriting and recording, which began after a number of years spent playing as a sideman in various Canadian indie ensembles, most notably in the Michael Rault band, a group that displays a similar affinity for perfectly dialed, partially yesteryear-looking guitar pop. Following 2022's self-titled debut, issued by UK-based Full Time Hobby to great critical acclaim, Anne, If presents a slightly more expansive vision of what Ghost Woman can offer.

The sound of Anne, If is certainly in keeping with past output: the music was performed and recorded (almost) entirely by Uschenko himself on his trusty Tascam 388 tape recorder, during what he describes as a “strange new chapter” in his life, living in a large, expansive house with nothing to do except record music, watch old VHS movies, and cook meals over an open fire in the backyard. “The ability to be making sounds and recording at any time of the day had a big influence on the way I worked and what was produced,” he says.

And the results are stellar; Uschenko manages to cover more stylistic ground than ever while maintaining a strong throughline from start to finish. Though some songs seem to almost directly reference certain bands and eras of rock music, none of it is ever pure imitation; Uschenko's melodic sense – at once detached (in a Pavement kind of way) and yearning (the winsome melodies and harmonies of Crosby, Stills, and Nash are summoned more than once) – glues the album together. Spot-on late-60s-style drum fills on title track could be lifted from any number of tracks on the Nuggets compilation; “Street Meet” betrays an interest in the endless horizon feel of bands like Can and Neu!, and the chiming 12-string guitar sounds pervading the album (see “The End of A Gun”) would be right at home on classic sides by The Byrds, Love, and Jefferson Airplane.

The warm, straightforward production – which recalls Safe As Milk-era Captain Beefheart, the first couple Beak albums, or Shel Talmy's 60s productions for The Creation or The Kinks – also knits the whole thing together, and its perfectly tape-saturated, analog sound offers a pleasing counterpoint to today's world of digital recording, plugin effects, and “we'll fix it in post” attitudes.

Uschenko eschews the notion that the band is – at least entirely – a “solo project”, as Ghost Woman's live show is very much a band-centric affair, these days comprised of creative and romantic partner Ille van Dessel (Poolface) at the drums, and longtime hometown co-conspirator Nick Hay handling whatever string-related duties need attending to. Hay also contributes a lead vocal to Anne, If, turning in a performance of the song “Tripped” that treads eerily close to Mark Lanegan levels of weariness, and the record is further bolstered by an appearance from Ryan “Skinny” Dyck's steel guitar on “Lo Extrano”. The songs from Anne, If that have found their way to the stage during this year's plentiful smattering of live dates around Canada and Europe (including a recent string of shows with indie-folk-pop darling Chad Van Gaalen) have already begun to take on new shapes, and the band – in whatever formation it appears – is not to be missed.