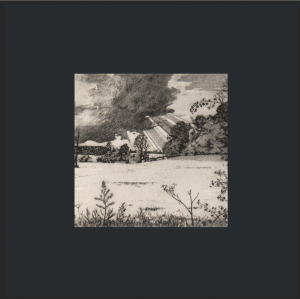 Fifteen years after its release, UK sextet yndi halda's debut album Enjoy Eternal Bliss remains a landmark release in the post-rock movement, settling between the trance of the genre's early pioneers and the cinematic lushness of its second wave whilst also touching on indie-rock, alt-folk, modern classical and ambient music.

Written and recorded when the band were teenagers, in a tiny fishing village on the Kentish coast, the album was initially self-released in homemade sleeves housing CD-Rs burned on the band's parents' computers. It quickly caught the attention of established labels Big Scary Monsters and Burnt Toast Vinyl, whose official releases of the material received significant acclaim. Following the album's official release, the band toured across Europe, Asia and the US in support.

Its music - elegant string arrangements, sonorous interweaving guitar lines, and spare vocals - belied the youth of its creators and became a true moment in post-rock.

The original, 2007 press release tells us:

The self-released version of Enjoy Eternal Bliss was voted above such genre luminaries as Sigur Ros, Explosions In The Sky, Pelican et. al. in decoymusic.com's top 50 instrumental albums, a reward which anyone would struggle to dispute upon listening to the record. With one beautiful soundscape after another, yndi halda create something bigger than an emotional rollercoaster, it's more like a full-on mountain assault through thick blizzards and incredible sunshine.

Barry says: One of my favourite records gets a BEAUTIFUL repress for the 15-year anniversary of it's release. A superb, gorgeous monolith of an album including the not-on-demo 'A Song For Starlit Beaches'. Massive if you enjoy post-rock, symphonic modern classical and HUGE swathes of sound, a true gem.

A1. Dash And Blast
B1. We Flood Empty Lakes
C1. A Song For Starlit Beaches
D1. Illuminate My Heart, My Darling

Various ArtistsWaves Of Distortion (The Best Of Shoegaze 1990-2022)