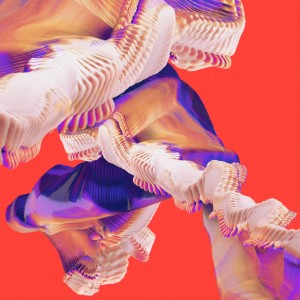 From their early days living and clubbing in Belfast, to their move to London over a decade ago, the breadth of music they’ve been exposed to during this time informs “Isles’” massive sonic palette. Both cite the joy of discovering Hindi vocals overheard from distant rooftops, snatches of Bulgarian choirs drifting from passing cars, hitting Shazam in a kebab house in the vain hopes of identifying a Turkish pop song.

Lead single "Apricots" encapsulates these disparate influences perfectly. Sampling traditional Malawian singers - recorded by ethnomusicologist Hugh Tracey in 1958 and released via the label Beating Heart, whose profits go towards supporting the ongoing music conservation work of the International Library of African Music; and a 1950’s performance by The Bulgarian State Radio & Television Female Vocal Choir, steeped in a shimmering bath of warm synths, its spare percussion and arresting vocals bring the big room chills of 90s rave, while still evoking something lost or forlorn. The accompanying video is directed by Mark Jenkin, who recently took home a 2020 BAFTA for Outstanding Debut by a British Director for his 2019 film Bait.

Patrick says: Flexing relentless muscle since those youthful days on the blog scene, Bicep bring us their second LP, blending their love of jacking house, proper techno and pumping italo with fragments of UK club history and the cultural diversity of their London bass. The ideal soundtrack to your living room lockdown disco.