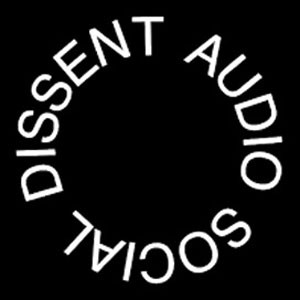 Attention fans of Timmy’s Organism, VIDEO and Wolf Eyes, please, set your eyes/ears to front and center. Seems like only yesterday the AUDIO SOCIAL DISSENT supertroupe was touring this troubled continent in a duo of vans fueled by an unbelievable (but very real) commitment to harsh sonics and nothing else—not even petrochemical. Those were beautiful times but now…it’s disappearing in the rearview. Cut to a shot of a single tear running down my face. Cut to another shot of me smirking like Scut Farkus.

Why? Well, I thought it might be nice to impart a little of the leftovers to those who might appreciate it most. It just wouldn’t be right to hide these beautiful records—BLUE WITH BLACK WISPS—in our HQ warehouse forever and ever.

Recorded direct-to-tape in the Blue Room at Third Man Records on Devil's Night 2015, this is a three-day lead on a limited edition live record and previously unavailable, tour exclusive. The LP features the psychotic squall from Timmy's Organism, the fire and vitriol of Texas punkers VIDEO, and, notably, an otherwise unreleased Wolf Eyes song, “Devil’s Knights Inn Blues,” which ranks as one of the most profound expressions of American avant-spew.

Here’s your chance, America. Prove you love the freedom to feel what we're layin’ down.