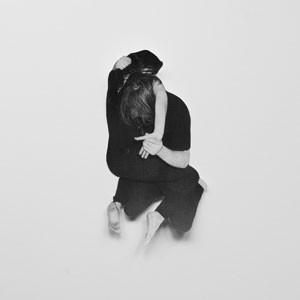 ”We wanted an album that was 100% us. The two of us. The sound that feels like you’re in front of us, like you’re inside” Wildbirds & Peacedrums, August 2014

Their first album in four years sees Wildbirds return lean, hungry and defiant . In returning to their roots they have discovered an unblinking directness, a taut muscularity honed from years of intensive live performance. For the first time, the pair wrote, recorded and produced everything in their own Stockholm studio “We wanted it to feel like a live experience. Almost every song is one take. We recorded standing in the same room, no screens or isolation, looking each other in the eyes”

Second single ‘Keep Some Hope’ will be released in early October, accompanied by another extraordinary videoOver the course of three acclaimed albums - Heartcore (2008), The Snake (2009) and Rivers (2010) - Wildbirds have established themselves as a powerful, single-minded proposition

They have built an incredible reputation for their uninhibited live performances, working with choirs and orchestras and gracing festival stages around the world including Fuji Rock, Roskilde, All Tomorrow’s Parties, Latitude, OFF Festival and Sziget

In recent years, Mariam and Andreas have been involved in an impressive range of projects and collaborations. Wallentin released her first solo album as Mariam The Believer and starred in Ben Frost’s celebrated Wasp Factory opera. Werliin has been working as a producer and performing with Fire! and the Swedish Grammy-winning Tonbruket.