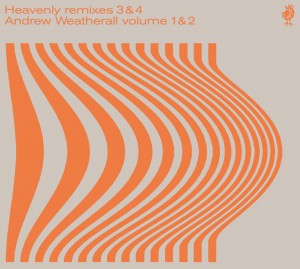 Andrew Weatherall was Heavenly’s first true friend. By the time the label was born in the spring of 1990, he was already an inspirational sounding board, as well as a fellow traveller on the bright new road that stretched out ahead thanks to the massive cultural liberation of acid house. Back then, every energised meeting could be turned into a fortuitous opportunity in this burgeoning new underground economy. Bored of your job? Start playing records out! Start a club night! Get in the studio! Start a label! Just don’t stand still. Andrew would follow two of those commandments for the rest of his life, and he’d have a hand in the others at various points as well.

At the start of things, Andrew was a regular visitor to Capersville — the pre-Heavenly press office run by friend and label founder Jeff Barrett (soon to become Andrew’s manager). It was there that he famously picked up a copy of Primal Scream’s unloved second album and singled out a track that would later become Loaded, after being given an instruction to ‘fucking destroy’ it by the band’s Andrew Innes; it was there too that the idea to remix the first Heavenly release came about.

Andrew’s mix of that first Heavenly record is very much a product of its time. The World According To Sly and Lovechild is a swirling bass punch topped with a hypnotic marimba line and the kind of ecstatic diva vocal that you’d hear coming out of the speakers all night at post-Shoom clubs like Yellow Book. His take on the label’s next release — Saint Etienne’s Only Love Can Break Your Heart (A Mix of Two Halves) — would set the template for his next three decades of audio exploration. A drawn-out imperial dub, the track builds and builds with a moody intensity (partly down to the melodica played by Weather Prophets legend Pete Astor) that’s far more Kingston JA at dusk than Kingston-upon-Thames at kicking out time. It’s both a dancefloor record to get lost in and headphone psychedelia of the highest order — a perfect example of what he did better than anyone else.

Between 1990 and his untimely death in 2020, Andrew fed more Heavenly bands through the mixing desk than those of any other label. Consistently, he returned visionary music to the office, often in person for (at least) one ceremonial playback — a ritual that would involve the volume cranked up high and Andrew rocking back on his heels, eyes closed, lost in the alchemy of it all.

Each time, he would warp and twist originals into beautiful new shapes — elasticated club records that might evoke Detroit techno one second and Throbbing Gristle the next, before wheel-spinning into something akin to The Fall produced by King Tubby.

Andrew’s studio adventures would always be guided by that early advice to fucking destroy the source material. It’s why he was the first name that came up when remixes were discussed; the first number on the speed dial. Listening back to these remixes now — to thirty years of glorious outsider sounds — it’s more obvious than ever that Heavenly was blessed to have a friend like Andrew Weatherall.