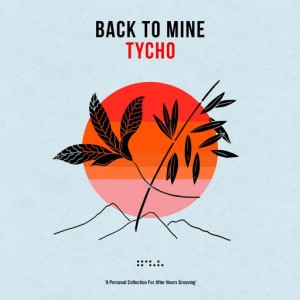 As well as being renowned for his photographic and design work under the name ‘ISO50’, Tycho’s music is a blend of various stylistic components, namely in the indie/electronica world blending downtempo guitar, analogue synths and ambient elements such as breathing sounds and excerpts from weather broadcasts and dialogue.

For the majority of Back To Mine artists, music was always their first love. For Scott Hansen however it was all about graphic design, drawing and photography until a friend at college gave him some damaged audio equipment. “I had just ventured into electronic music via early drum & bass and suddenly my mind started to wonder how music was made and about the whole creative process.” It was this passion for LTJ Bukem and Roni Size that set the base for the career of the San Francisco-based producer, composer, musician and creative force behind his twice Grammy nominated Tycho project. Intertwining carefully crafted visuals with a pulsating combination of ambience, samples, guitars and synthesizers, the Tycho story is now six albums old since the arrival of ‘Past Is Prologue’ in 2006.

“I have been making music for over 25 years, but I feel like I am just beginning,” he laughs from his west-coast studio. “For my Back To Mine album I wanted to take things one step further than one of my club or Burning Man sets as I knew this was an opportunity to enter that whole headphone, other worldly, cinematic, soundscape space. I wanted the album to be almost like a dream sequence for the listener.”

Another highlight in the series for Back To Mine, who have already delivered recent stand out editions from the likes of Jungle, Fatboy Slim and Nightmares On Wax. This edition from Tycho is another timeless collection in the long standing and sought-after collectable series.