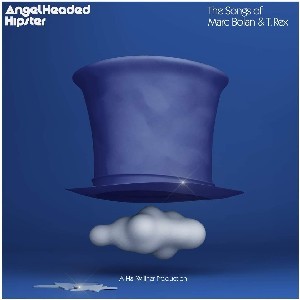 An extraordinary tribute album to one of rock's great composers, Marc Bolan, which was also made under the direction of the legendary Hal Willner, ‘Angel Headed Hipster: The Songs of Marc Bolan & T. Rex’ is a collection of major stars including Elton John, U2, Joan Jett, Nick Cave, Peaches and Marc Almond who have reinterpreted and reimagined some of Marc Bolan &T.Rex’s greatest tracks including Jeepster, Bang A Gong (Get It On) and Ride A White Swan.

The album, which was made under the direction of Hal Willner who sadly passed away on 7th April, is launching along with the audio and video of Nick Cave’s moving reinterpretation of ‘Cosmic Dancer’. The video will be included onNick Cave & The Bad Seeds Tee Vee, a newly launched 24 hour Nick Cave stream.

Andy says: On his final project before his passing in April, Hal Willner invited a suitably diverse group to pay tribute to Marc Bolan. But ‘Angelheaded Hipster’ is just as much a testament to Willner’s uncanny knack for connecting people as it is to the source material; How else do you explain a musical cast containing Kesha, Elton John and Todd Rundgren?