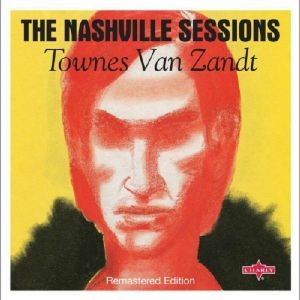 Townes Van Zandt recorded what would have been his seventh album, ‘Seven Come Eleven’. Business issues prevented its release until the recordings surfaced two decades later as ‘The Nashville Sessions’. To commemorate the 50th anniversary of the beginning of Van Zandt’s turbulent musical career and launch of a major catalogue reissue programme, Charly has restored and re-mastered ‘The Nashville Sessions’ to present a stunning document of the folk-blues master at his absolute peak. “These are songs that tap into the timeless myth of the American troubadour, a place where wandering souls tramp the byways of their homeland...” Restored and mastered to vinyl from the original tapes provided by producer and manager Kevin Eggers. Full colour LP sleeve with original Milton Glaser portrait cover. Fully illustrated inner with detailed sleeve notes by Uncut magazine journalist Rob Hughes. Part of Charly’s 50th anniversary programme celebrating the start of Van Zandt’s career. All original Poppy and Tomato albums which Townes Van Zandt recorded at the peak of his career will be newly re- mastered, restored and lavishly repackaged and available on CD & limited edition 180g heavyweight vinyl. The death of Townes Van Zandt in 1997 at age 52 robbed the world of a troubled genius as well as one of America’s finest songwriters. His reputation and popularity has grown greater by the year inspiring books, a documentary and renewed interest from the media, passionately loyal fans and contemporaries such as Willie Nelson, Merle Haggard and Emmylou Harris who have covered his songs to the upper-reaches of the American charts.

“From Neil Young and Willie Nelson, Bono and Bob Dylan (who reportedly once said that Townes was “in some ways the better writer”) to Tindersticks and Mudhoney, songwriters and musicians speak of Townes with reverence.” MOJO MAGAZINE

“He was the best songwriter and most riveting solo performer I’ve ever seen.” STEVE EARLE