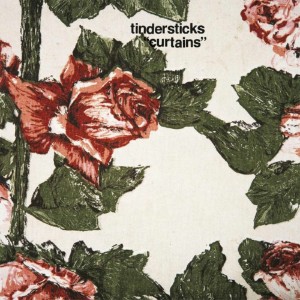 Tindersticks are an English alternative rock band led by the singer Stuart A. Staples. They recorded several albums which became popular years after their release. One of them is the slightly bright but still dark coloured Curtains. The songs on the album develops themselves into intimidate and destructive pearls. Stuart and Co created some melancholic melodies questioning on privacy issues and the feelings of lost. The warmer tones can be found in the vocal parts and putting away some of the depressive moods from their first albums.

Tindersticks recorded eleven albums to date and recorded songs for which Stuart A. Staples wrote lyrics based on his own life and that of people surrounding him.

This expanded edition contains the 15 original album songs plus 9 bonus tracks with, among others, “Paco’s Theme”, “A Marriage Made In Heaven” (duet with Isabella Rossellini) and “Rented Rooms”.

A1. Another Night In
A2. Rented Rooms
A3. Don’t Look Down
A4. Dicks Slow Song
A5. Fast One
B1. Ballad Of TIndersticks
B2. Dancing
B3. Let’s Pretend
B4. Desperate Man
B5. Buried Bones (featuring Anne Magnuson)
B6. Bearsuit
B7. (Tonight) Are You Trying To Fall In Love Again?
C1. I Was Your Man
C2. Bathtime
C3. Walking
C4. Bathtime
C5. Paco’s Theme
C6. Shadow
D1. Manalow
D2. Rented Rooms (single Version)
D3. Rented Rooms (swing Version)
D4. Make Believe
D5. A Marriage Made In Heaven (duet With Isabella Rossellini)
D6. For Those… (orchestral Version)