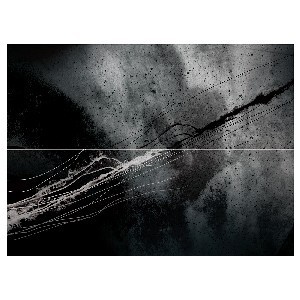 Italy’s Throw Down Bones are something of an enigma in the experimental underground. Since the release of their highly-praised 2015 self-titled album, they’ve picked up a notorious reputation on the European live circuit for their pulverising, constantly-mutating live shows. In a review of the debut, album listeners were told to “make no mistake, this is dance music” and that may have been true back then but now, back with their second album titled Two, the band have taken that to a whole new extreme. Ditching the hypnotic coldwave tendencies of their earlier work for an all-out sonic assault of industrial four-to-the-floor rhythms and screeching acid house.

Two is due for release via Fuzz Club Records on October 26th and see’s the band deal in floor-shaking industrial techno-post-punk occasionally steeped in a euphoric acid-house sheen. Where the old Throw Down Bones was better suited for intimate venues and psych fests (of which they were a frequent staple, from Liverpool to Eindhoven and everywhere in between), this new evolution sees them turn their eyes to the most underground techno clubs and the sleaziest warehouse venues. Imagine Death In Vegas, Factory Floor and Aphex Twin jamming in a room together and you might come close but Throw Down Bones would be reluctant to point to any ‘influences’. For them, their corrosive industrial workouts are simply the product of their environment and attitudes, as opposed to who they’re listening to at any given moment.

Barry says: Another killer outing from the venerable Fuzz Club, with throbbing post-industrial Italians Throw Down Bones releasing their second slab of gloomy thuds and machinated electronics. It's a dark affair, without a doubt, but one that would feel at home on the dancefloor or... at home.