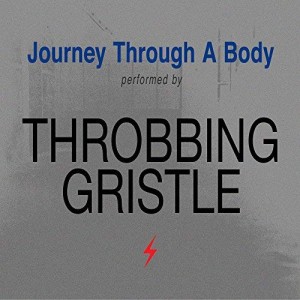 ‘Journey Through A Body’: Recorded as a piece of art for and in the studios of Italian National Radio RAI in Rome March 1981. Remastered. On the recommendation of Robert Wyatt, RAI originally commissioned Cosey Fanni Tutti to create a sound work based on the theme of ‘A Journey Through The Body’. It became a Throbbing Gristle project which was later broadcast by RAI. This was the last studio recording by Throbbing Gristle. It was recorded in five days, a day per body section. No tracks were re-recorded or added to after their day. Each track was mixed immediately after recording. No tracks were pre-planned; all tracks were invented directly to tape.