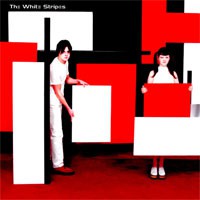 Another classic single from the White Stripes archives.. originally released as part of the White Stripes Japan-Australia-New Zealand "Three Island Tour" in October 2000, and now these songs are back in print for the first time in over a decade. The A-side is a cover of Blind Willie McTell's "Lord, Send Me an Angel" with parts of his classic "Ticket Agent" thrown into the mix for good measure. Pay attention to Jack White's update of the lyrics to reflect his own geographical location. The flipside is an Auto-Tuned (before they called it that) remix of "You're Pretty Good Looking" that's a peculiar novelty to say the least. Both tracks are re-mastered directly from the original master tape.