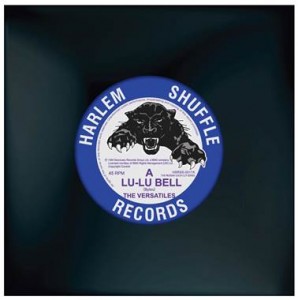 This is a licensed release of the very rare and very much in demand Lu-Lu Bell by The Versatiles. It was initially released in Jamaica in 1969 followed by Amalgamated in the U.K. in 1970. It has never been released on a single since. Only one copy is presently on sale at USD 1200. Beside its rarity and monetary value, this cracking song combines suggestive lyrics with a cheerful call-and-response tune delivered on a frantic rhythm with the chorus strongly reminiscent of Ray Charles’ “What I say”. Rock on! The B-side was originally released as the B side of Lu-Lu Bell on the 1969’s 7inch vinyl single on the Amalgamated label. This song has never been repressed on 7” vinyl until now. This lovely gem is another great example of the popular Rocksteady/Reggae hybrids with its sweet harmonies on top of an infectious Reggae beat. A brilliant B-side and a perfect flip for this killer double sider. Long long time indeed!

Matt says: Hens-teeth-rare rocksteady from 1969 Jamaica which shows the early development into reggae. The kinda shit collectors would give their right arm for - never before reissued.