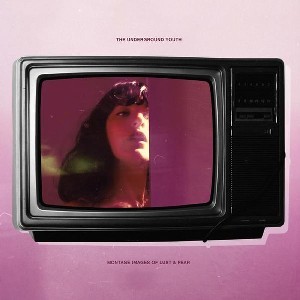 Berlin via Manchester outfit The Underground Youth present their ninth album, Montage Images of Lust & Fear, on Fuzz Club Records. In support of the new album, and keeping to their prodigious work ethic, the band have also announced details of a mammoth tour across the UK, Europe, Asia and Australia that’ll see them visit 25 different countries. In its rawest moments (‘The Death of the Author’, ‘Blind II’), The Underground Youth’s haunting post-punk melancholia recalls the abrasive banshee-like noise of The Birthday Party and Suicide; jagged, shrieking guitars twist and turn as Craig Dyer’s dour vocals jerk from morose and impassioned to macabre screams.

Though this is an album of two sides; the more intense and challenging songs punctuated by heartfelt and solemn ballads (‘Too Innocent To Be True’, ‘This Anaesthetised World’) that are aided by the additional lap steel guitar of Kristof Hahn (Swans) who plays on six of the album’s nine songs. This is The Underground Youth’s most intense and honest record yet - in the ambitious songwriting and live recording (a first for the band), as well as the lyrical subject matter. Talking about the album, Craig explains “Montage Images of Lust & Fear is inspired by the succession of experiences we are increasingly dealt by the media. Sex, violence, love, suspicion, desire, distress, etc.

The album acts as a montage itself, the subject of each song dealing with an aspect of either lust or fear. Like flicking through the channels on a television. Until the end you are overcome by white noise. Static.” Since the release of their aptly-titled eighth full-length, What Kind Of Dystopian Hellhole Is This?, in February 2017, the band have set out on four UK/European tours clocking in at over 100 shows (not including stand-alone gigs). If all that time touring has taught the band anything, it’s how to work together as a collective and Montage Images Of Lust & Fear is all the better for it - the first The Underground Youth record with all the band members involved in the writing. “Unlike previous albums in which I’ve written the tracks and taken them into the studio to record with or without the band, this record is the product of us all working on the music and arranging the songs together,” Craig explains: “We recorded the album live with the four of us playing in the same small room and with our guitarist Leo as producer, running back and forth from the mixing desk to the live room. As a result, the recording perfectly captures the raw intensity of our live performance, something we’ve never done before.