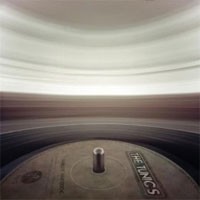 From the suburbs of Croydon to the industrial bloc of former East Berlin, The Tunics have been quietly making a name for themselves as well as an album.

Their sound is a mix of influences; The Libertines, Cast and Oasis. The album is a melody-heavy, heart-on-the-sleeve affair, reminiscent of the greats from the Britpop era, when guitar bands were ruling the charts. “I’ve got a lot of confidence in the songs that we’re writing and the album that we have,” says frontman Joe. “Not to be too overblown about the whole thing but we’re ready for a proper f**king guitar band with actual songs. I think that’s what the world needs.”

The album opens with the dance-like-you’re-a-teenager-again track entitled "Berlin" - an ode to the city of their rebirth. "Help Is On It’s Way" is next up. Bass heavy, it drives the song forward like speeding traffic, barrelling up the westway. Third up "I’m Broke You’re Bored" will be the second single release from the album: A poignant sentiment with the gently spiralling guitar and keyboards of Costello and Booth providing the soundtrack to it. "Stolen Hearts" is the ballad of the album and a stand-out track complete with slide guitars that shine a western infused sunset light on the song. Next up is "Radio", a beautiful string-laden piece of music that comes with one of the band’s sharpest-tongued lyrics. “I think the song is about everything on the radio being rubbish basically and just saying I can’t bear this any longer, I need an outlet for myself.” Debut single "Low" has a killer hook with layers of piano and guitar sounds. A soft interlude marks the half way point of the album and leads into the second half of the record: "Slaves Ride On These Waves" is again haunted by a western air. The gently plucked guitar and folky balladry places it firmly in the desert, a lost Morricone. "You Already Knew" picks up the tempo and from here on in the album is hitting the backbeat hard. "Shadows" is a jaunty and upbeat psychedelic groover with a political stab. "Wit and Acid Tongue", largely instrumental skiffles by with an undeniable and sometimes abstract sixties’ vibe. "A Moment of Clarity" is the penultimate track on Dabblers Handbook and is a moment in time, an expansive breath and a gently rocking precursor to album closer "Dear God", an epic and beautifully composed prayer of a track. The anthemic strings wrap the closing number into a gift of a finale.