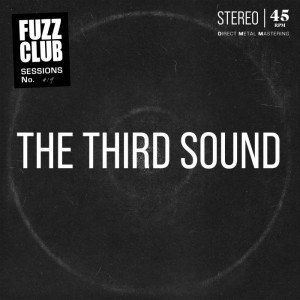 Berlin-based psychedelic post-punk group The Third Sound (led by Brian Jonestown Massacre guitarist Hákon Aðalsteinsson) are set to release a new Fuzz Club Session LP on December 9th. Recorded live at Berlin's Marie Antoinette club, the 10-track double album sees The Third Sound perform a discography-spanning set with tracks from last year's highly-praised 'First Light' LP (2021), 'All Tomorrow's Shadows' (2018), 'Gospels of Degeneration' (2016), 'The Third Sound of Destruction and Creation' (2013) and 'The Third Sound' (2011). The session is released on vinyl, digitally and as a series of videos by Fuzz Club Records. It's number 19 in the London label's ongoing Fuzz Club Session series which has also seen the likes of A Place To Bury Strangers, Night Beats, Holy Wave, Heaters, The Entrance Band, The Myrrors, Lumerians, The Underground Youth, 10000 Russos and more.

Ghosts Of Memphis
We Will Be Together
Dissociation
Your Love Is Evol
For A While
You Are Not Here (ft. Lucy Kruger)
This Is The Only Way I Know
Half Alive
Nine Miles Below
Re-Elevation