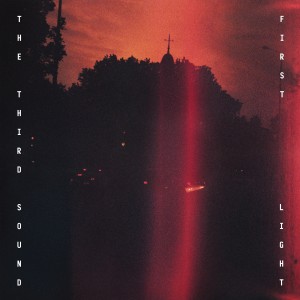 On August 27th 2021 The Third Sound released their fifth album ‘First Light’ on Fuzz Club Records and it is now being given a second pressing after selling out upon release the first time aorund. Dealing in a hypnotic blend of neo-psychedelia, post-punk and new wave, The Third Sound is a Berlin-based band led by the Icelandic musician Hákon Aðalsteinsson, who is the guitarist in Brian Jonestown Massacre and formerly played in the cult rock’n’roll outfit Singapore Sling. A mainstay of the European psych underground in his own right, not just through his collaborations with the likes of Anton Newcombe and Tess Parks, The Third Sound has been Hakon’s primary solo endeavor since the release of his self-titled debut on Newcombe’s A Recordings a decade ago. Arriving following 2018’s ‘All Tomorrow’s Shadows’ LP, ‘First Light’ marks an evolution into a brighter and at times uplifting sound.

Marrying moments of light and dark, the result is The Third Sound’s most dynamic full-length to date. Talking about the album, Hakon said: “This album is definitely less gloomy than the previous one, although some ghosts from the past are lurking in the background. We always try to make something new on each album and never make the same album over again, but this feels like an even bigger change than usual, especially regarding the mood. Something new is beginning although the past is not forgotten. I think the title, First Light, describes the overall feel of the record pretty well.” ‘First Light’ is the fifth full-length from The Third Sound and arrives off the back of 2018’s ‘All Tomorrow’s Shadows’, 2016’s ‘Gospels of Degeneration’, 2013’s ‘The Third Sound of Destruction and Creation’ and their 2011 self-titled debut. With Hakon Aðalsteinsson leading the group on vocals and guitar, the rest of the band is currently comprised of Robin Hughes (Guitar / Organ), Fred Sunesen (Drums) and Andreas Miranda (Bass). With a number of European tours in tow, the band have previously shared the stage with the likes of the Brian Jonestown Massacre, The Warlocks, Singapore Sling, Crocodiles, Clinic, Tess Parks and more.