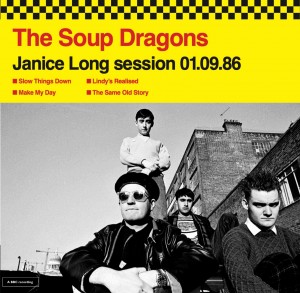 The Soup Dragons’ second BBC session (this time for the band’s longstanding friend Janice Long) reveals a group on the verge of change – as witnessed by the fact that most of these songs were never released in any shape or form. Make My Day is a prototype of the single Head Gone Astray, while Lindy’s Realised was named in tribute to the Go-Betweens’ drummer Lindy Morrison. It has never before been released. Sleeve notes by Jim McCulloch; mastered by Sean Dickson. Includes download codes and a set of postcards.