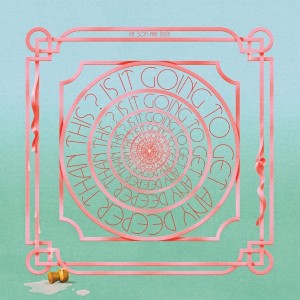 Hot on the heels of the sold-out limited EP, ‘Was It Ever Real?’, The Soft Pink Truth release super catchy, sexy contemporary disco banger, ‘Is It Going To Get Any Deeper Than This?’. Throughout the ten songs of the album, the provocation to go deeper prompts promiscuous moves across the genres of disco, minimalism, ambient, and jazz, sliding onto and off of the dancefloor, sweeping higher and lower on the scale of frequencies, engaging both philosophical texts re-set as pop lyrics and wordless glossolalia.

Gorgeous artwork designed by Robert Beatty, known for his work with artists such as Tame Impala, The Flaming Lips, The Dream Syndicate, Thee Oh Sees, Neon Indian, and Oneohtrix.

The Soft Pink TruthWhy Do The Heathen Rage?