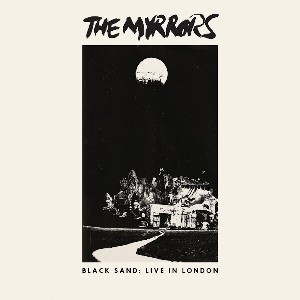 Back in 2015 Arizona-based desert drone outfit The Myrrors were invited to perform at the Fuzz Club Festivala London festival hosted by Fuzz Club Records and local promoters Bad Vibrations. Taking their otherworldly 'Sonoran trance music' to the stage of London Fields Brewhouse, The Myrrors unleashed a breathtakingly transcendental and all-consuming performance that across its three 'parts' – rarely deviating from the solitary note held throughout the set – spectacularly joined the dots between everything from classical minimalism and drone music, through to psychedelic rock, desert blues, Eastern folk and free jazz; perhaps the sort of music La Monte Young might have made if he tuned his mystical drone meditations towards rockier territory and swapped the artsy NYC avant-garde scene for the Sonoran desert that The Myrrors call home. Some four years on from that now-mythologised show and Fuzz Club, having sat impatiently on the live audio for years, will finally be releasing the performance on vinyl and digital for all to immerse themselves in. 'Black Sand: Live In London' is due for release August 30th and comprises three pieces – "Part I: Arena Negra // International Front", "Part II: El Aleph // Danza Perdida // Warpainting" and "Part III: The Forward Path" – which, not that you'll be able to discern where each begins or ends, loosely comprises songs from their 2008 debut LP Burning Circles In the Sky and 2015s Arena Negra.