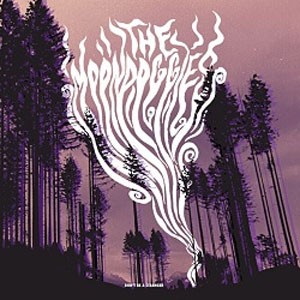 "I can't for the life of me figure out why The Moondoggies aren't one of the largest independent bands in the country." -- Performer Magazine

"It's the rich three-and-four-part harmonies that really give the Moondoggies' expansive, epic jams their distinctive, vintage sound." -- Pitchfork

The Moondoggies have hit upon a nice balance of tradition and contemporary influence." -- The Big Takeover Everett is a small city in northern Washington state, perhaps best known as the birthplace of Kenny Loggins, Carol Kaye, and, as of 2006, The Moondoggies. The Moondoggies are a four-piece band that plays timeless American music. Warm three-part harmonies, gothic Rhodes organ, and wanderlust guitar mark a sound rooted in boogie blues and cosmic country; their whip-smart songwriting leads to hook-heavy tunes that bristle with originality. The Moondoggies’ inaugural full-length release, Don’t Be a Stranger, was first released in 2008 and contains shades of gospel, blues, rock, and country - each of these songs have earned their slot in the great American jukebox.

As of 2016, The Moondoggies as a band will have existed for a full decade. To commemorate, Hardly Art will issue Don’t Be a Stranger on vinyl for the very first time. In addition to the original album, five previously unreleased bonus tracks have been tacked onto the release, all recorded during the same Don’t Be a Stranger sessions with producer Erik Blood in Seattle. The Moondoggies are pleased to re-present this album and its new-old songs to you, dear listener, in lieu of new material that has been brewing since 2013.