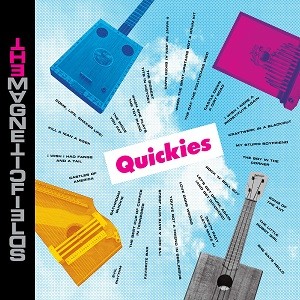 Side A
1. Castles Of America
2. The Biggest Tits In History
3. The Day The Politicians Died

Side B
1. Castle Down A Dirt Road
2. Bathroom Quickie
3. My Stupid Boyfriend

Side D
1. Kraftwerk In A Blackout
2. When She Plays The Toy Piano
3. Death Pact (Let's Make A)

Side G
1. You've Got A Friend In Beelzebub
2. Let's Get Drunk Again (And Get Divorced)
3. The Best Cup Of Coffee In Tennessee

Side H
1. When The Brat Upstairs Got A Drum Kit
2. The Price You Pay
3. The Boy In The Corner

Side J
1. She Says Hello
2. The Little Robot Girl
3. I Wish I Were A Prostitute Again