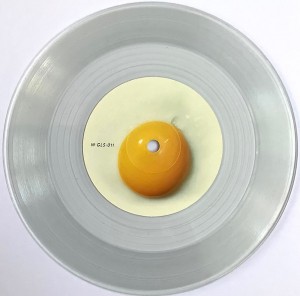 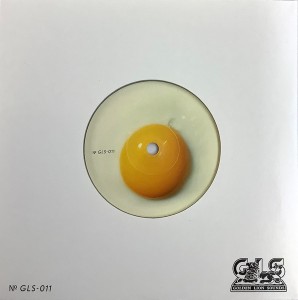 A coup to have The Lovely Eggs on GLS! Both band and label fiercely independent, staunchly creative and, of course, based right here in North West Great Britania! First outing for Hannibal Rex, which I hypothesize is one of the in-house Golden Lion loons on guest cameo. Either that or just a friend of band or label.

Our Lancastrian mavericks contribute a rotating behemoth of spiraling krautpunk that Mark Smith himself would be envious of. Like a rockabilly spinning out of control listening to Can; this 7" rocket blast should have bar stools swinging and tables flailing by the end of its rotation.

The mysterious Hannibal Rex gets totally Todmorden and mixed knackered drum machines, eastern ragas, western guitar and a cloudless state of mind conjuring up from the mighty a hills as technicoloured storm of conspiracy theories and chaos. An unguarded at one the senses that'll make compete sense after foraging around the fields of the record label's basecamp.

An unmissable edition to the GLS catalogue and one that's certain to be feverishly collected by The Lovely Eggs' cult fanbase! Speed is off the essence heathens!

Matt says: Can't get enough of that Lovely Eggs track. I have indeed, got it on repeat! Proper Can / Fall-esque growling repetition that really gets inside your melon. Ace!