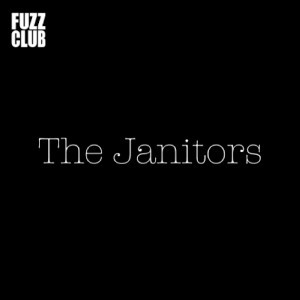 Conjuring heavy drones and sinister garage-psych freak-outs, Stockholm outfit The Janitors have been a formidable presence on the European underground since they formed way back in 2004. Channelling the free-wheeling spirit of Hawkwind with equal smatterings of Sabbath and Spacemen 3, the band are masters of taking hold of a gnarly fuzzed-out groove and beating it within an inch of its life. Probably not for the faint of heart, their druggy wig-outs are totally relentless and unforgiving. For the uninitiated, perhaps we should turn to the late Hunter S. Thompson who famously wrote: “Buy the ticket, take the ride… and if it occasionally gets a little heavier than what you had in mind, well… maybe chalk it up to forced consciousness expansion: Tune in, freak out, get beaten.”

Those words serve as a perfectly apt instruction manual – or warning, perhaps – for entering The Janitors nightmarish world and the ticket, in this instance, happens to be the band’s forthcoming Fuzz Club Session LP. While in the UK for a small run of shows in September 2018 we decided to drag the band down to Love Buzz Productions in South London in order to commit their unholy, eardrum-rattling live show to wax as part of a Fuzz Club Session. Clocking in at four-tracks – two from 2013s Drone Head LP, one from their latest full-length Horn ur Marken and another cut from their 2014 EP Evil Doings Of An Evil Kind – the session sees The Janitors’ malevolent, hedonistic swagger at its best, the live recording showing the band well and truly in their element.