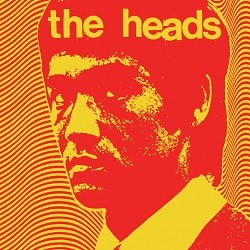 Bristol's sike merchants the Heads have a 20 year anniversary to celebrate this week with their THIRD STUDIO album , "Under Sided", originally released in March 2002! . They've decided (!) to release a 4LP/plus boxset of that double album, with a double album of demos, their third peel session, and other such unreleased gems. Thats going to be released at the end of August /September. we'll send more details on that soon, once certain elements of that set are finished!

Whilst trawling through the cassettes, CDrs, and ephemera in order to create the forthcoming "Under Sided" 20th anniversary reissue boxset.. the Heads found their cover of May Blitz's "For Mad Men Only", originally released as part of a 70s tribute comp LP on SMALL STONE Records. Also unearthead was their version of Hawkwind's "Born To Go" ..a full on 13 minute unedited version.. (a version of which appeared on the ROCKET Records 10" Out Demons Out. )

How about doing a limited 7" single to announce the boxset's impending release... ideal, once Born To Go was edited down (full version in the boxset, of course!) Simon Price came up with a suitable wraparound sleeve idea.. and the 2 tracks were pressed to vinyl.. 900 (450 of two colours!) have been made.

This is a full on, pedals set to stun, grooves set to vibrate sike assault, with the Heads at this point in time revelling in the peak of their psychedelic rock powers, and pretty much obliterating all around, then, and now. This aint no gentle-whimsy-psych indie rock this is the real brown-acid-gobbling mind-melting beast you were warned about..get on board!