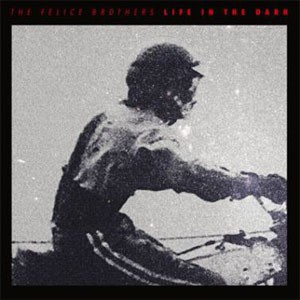 The Felice Brothers return with nine songs in their unique blend of folk, country, rock and soul. Uncut magazine has described the band as, "just glorious". Life in the Dark was recorded in the garage on a farm in upstate New York, with no distractions and no outside influences.

So, it's not surprising the band produced the album themselves. Highlights include, "Aerosol Ball," and "Plunder." The Felice Brothers will be playing select shows and festivals throughout the spring and summer, with a US Tour scheduled for the fall and UK/EU dates in the winter.

The Felice Brothers got their start as a band playing in the New York City subway. They stayed in a little apartment in Brooklyn and would play in the subway stations at 42nd Street and Union Square and in Greenwich Village. The three brothers originally hail from Palenville, New York in the Catskill Mountains.