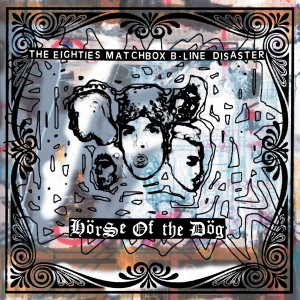 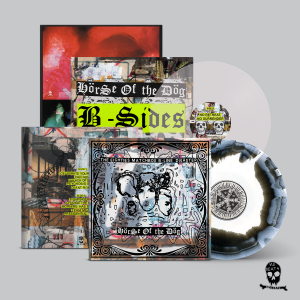 In the early 2000s, The Eighties Matchbox B-Line Disaster emerged with a black-hearted blast of frenetic psychobilly, punk and goth that felt like a closing time punch-up between The Birthday Party, The Cramps and The Make-Up. Their lunatic intensity was best captured within their first two albums, 2002’s ‘Hörse of the Dög’ and 2004’s ‘The Royal Society’, both of which remain adored as cult classics to this day by a fanbase still addicted by their visceral, riotous noise rock.

One of the band’s biggest fans is the film director Edgar Wright, who directed the music video for their song ‘Psychosis Safari’ as he was working on his own cult classic, ‘Shaun of the Dead’. The film even featured ‘Mister Mental’ (from ‘The Royal Society’) on its soundtrack. Still a fan to this day, Wright has penned the accompanying liner notes that will feature in all physical versions of the reissue. He writes:

“The aural assault of ‘Celebrate Your Mother’, ‘Chicken’, ‘Giant Bones’, ‘Fishfingers’ and, frankly, the whole fucking album, represents the uniquely combustive togetherness of this band who in 2002 existed paradoxically both within and outside the music scene of the day… Behold an album too fast to live, but too young to ever die. The finest 25 minutes of freak energy one can handle.”

Formed in Brighton on January 1st 2000, The Eighties Matchbox B-Line Disaster went on to release one final record, 2010’s ‘Blood & Fire’, before disbanding. They experienced a rediscovery in 2012 when ‘Chicken’ featured in a Nike campaign, which led to the band reuniting for sold-out shows in London, Brighton and Manchester.

The Eighties Matchbox B-line DisasterI Could Be An Angle