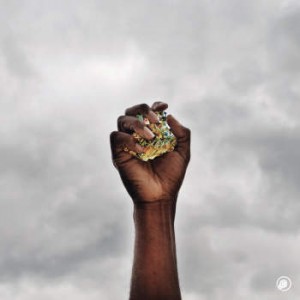 Prophecy: “In the sky will be seen a fire, dragging a tail of sparks...” Just as Nostradamus prophesised in his quatrains, The Comet Is Coming: “The great star for seven days will burn, the cloud will cause two suns to appear and the big mastiff all night will howl.”

The Prophecy: where it all began. These three planets aligned in 2013CE, having between them played with bands including Melt Yourself Down, Polar Bear, Soccer96 and Sons Of Kemet. They have since gone on to conquer the planet with the Mercury Prize-shortlisted Channel The Spirits and Impulse! album Trust In The Lifeforce Of The Deep Mystery. Here is the universe in a microcosm; the life-force distilled down to its raw essence: sex and dancing. Sub-bass, slamming analogue, unhinged sax breaks. The rhythm of life repressed earlier this year in a blink-and-you’ll-miss-it run of 500.

Millie says: One of the two Comet is Coming represses which were in incredibly high demand – the Prophecy is bursting with life from thumping irregular jazz triumphs at one point and spoken word with their unique ever-changing sound the next. Absolutely brilliant stuff!